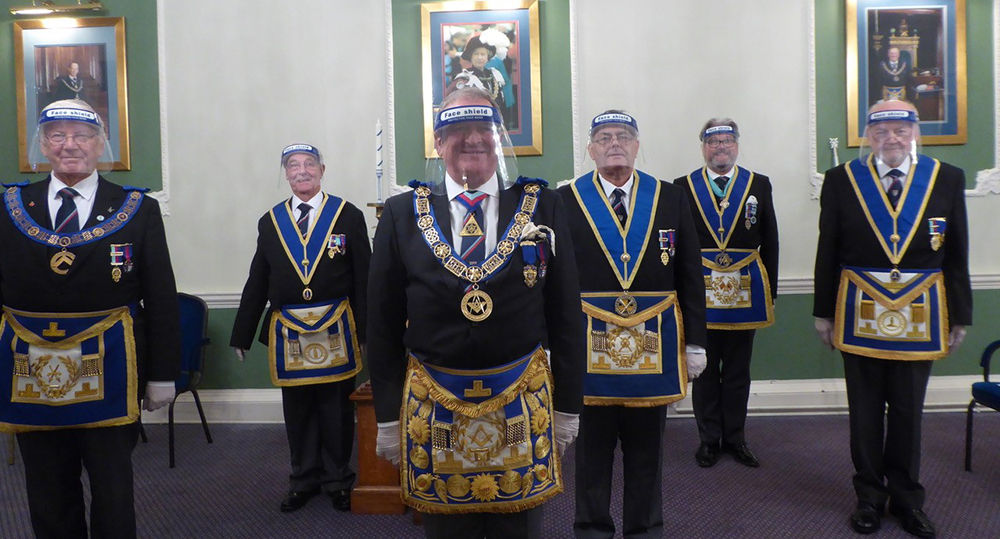 The first suspension of Freemasonry from March to July earlier this year had meant that the Annual Meeting of Provincial Grand Lodge, originally planned to take place at West Road Concert Hall, Cambridge on 16th June 2020 had to be postponed. Under the ‘Rule of 6’ guidelines, the meeting was finally held at the Newmarket Masonic Club on Thursday 29th October 2020. It was of course a very strange environment, but apart from a few exceptions, the standard agenda and procedures were utilized.

Although the annual report of the Provincial Grand Master was as printed in the 2020 Provincial Year Book, he did comment on the regulations in place which had prevented members attending and mentioned that he hoped to find a solution for those who missed out on being invested. He further stated that he was looking forward to getting back to some sort of normality at some time during 2021 and he especially looked forward to the Consecration of three new Lodges in the Province.

Newmarket Masonic Club had been exemplary with their planning regarding health and safety procedures and preparations which had allowed the meeting to take place and the ProvGM thanked those present for ensuring that the meeting ran safely and smoothly.

There was however, one additional item. The Provincial Grand Master announced that he was awarding his Certificate of Service to Freemasonry in Cambridgeshire to W. Bro Peter Brown of Etheldreda Lodge. It was fitting that the announcement could be made during the meeting as W. Bro Brown had been a stalwart of Masonry in Newmarket and particularly Newmarket Masonic Club. It was hoped that a presentation could be made at some future date. However, he personally rang Peter immediately after the meeting to congratulate him.

The next annual meeting is currently planned for Friday 2nd July 2021 at West Road Concert Hall, Cambridge, subject to regulations in place at the time.